Mauna Loa, the world’s largest active volcano, has erupted for the first time in 40 years. There is no immediate danger from the lava coming out of the volcano. It is flowing down from the hills and may take 1 week to reach the population.

Earlier in 1984 there was an eruption in Mauna Loa . Its neighbor Kilowaya is more active and has been boiling continuously since September 2021.

Hawaii’s Mauna Loa is spewing large amounts of sulfur dioxide and other volcanic gases. These gases combine with steam, oxygen and dust to form smog or wog. Health officials have said that people should reduce exercise, exercise and such activities outside the house, otherwise there may be difficulty in breathing due to their grip.

Where is Mauna Loa?

Mauna Loa is one of the 5 large volcanoes that together make up the Big Island of Hawaii. It is in the far south of the Hawaiian Islands. It is not the tallest but is the largest and occupies about half of the island’s land area.

It is north of Kiloway volcano. Kiloway Volcano is a well-known name. In its eruption in 2018, more than 700 houses were destroyed and lava rivers reached the fields and the sea.

Mauna Loa erupted 38 years ago. Its history is being written since 1843 and this is its 34th eruption. The vast island is largely inhabited by rural people and dominated by cattle and coffee farms. However, along with this, there are some small cities, one of which is Hilo, where about 45 thousand people live.

It is about 320 kilometers south of Oahu, Hawaii’s most populous island. Oahu is home to the capital city of Honolulu and the beach resort of Waikiki. Spread over 75,000 square kilometers from sea level to the highest peak, Mauna Loa is the largest volcano in the world.

Where did the explosion happen?

Its peaks began to erupt after several major earthquakes on Sunday night. Soon it reached the mouth and formed a fissure, from where the mountain split in two and made it easier for the magma to escape. These vents are on the northeast side of the volcano and the lava is flowing towards Hilo, which is on the eastern side of the island.

Ken Hone, scientist in charge of the Hawaiian Volcano Observatory, says he does not anticipate additional eruptions. This means that the lava coming out of this eruption will not reach the people living on the west side.

In 1984, there was an eruption in the north-eastern part of Mauna Loa. Last time the lava headed towards Hilo but stopped a few miles before the city. Historically, the eruption of Mauna Loa continues for a few weeks. Hone expects the same to happen this time around.

Mauna Loa has not erupted like Mount St. Helens in Washington. The 1980 eruption of Mount St Helens killed 57 people. The ash released in the explosion rose up to a height of 80,000 feet and then it rained about 400 kilometers away.

The lava ejected in the eruption of Mount St. Helens was viscous and contained more gas. This caused more explosions as it rose. Mount Loa is much hotter, drier, and liquid, due to which the gases are released from the magma and the lava flows easily towards the edges. This is what is happening at Mauna Loa right now.

In 1989, an ash cloud from the Redoubt volcano in Alaska spread 8 miles and shut down all four engines of a KLM Royal Dutch Airlines plane. The aircraft descended to 13,000 feet, then the engines were restarted and the 245 people on board landed safely on the ground without any injuries. Ash is coming out from Mauna Loa this time but much less.

What is the danger of the eruption of Mauna Loa?

Depending on which direction they flow, molten rock can cover homes, farms and surrounding areas. However, it will take at least a week for the lava emanating from the North-Eastern Rift to reach the populated areas. In such a situation, people can be safely evacuated from there if needed.

Volcanic gases are also coming out of Mauna Loa, in which sulfur dioxide is the most. These gases are highly concentrated in the immediate vicinity of the volcano. Along with this, it is creating vogs together with other particles, which can spread not only over the entire Big Island but also on other islands.

Vog can cause eye irritation, headache and throat discomfort in people. People with asthma problems may also need to be admitted to the hospital. When hot lava flows through a thin crack, it forms glassy particles called pelagic hairs or pelagic tears. It is named after the volcano goddess of Hawaii.

These particles do not travel more than 1 mile, so there is not much danger to the people. They can be protected with the help of N95 or KF94 masks.

In 1984, 15,000 tons of carbon dioxide gas was released from Mauna Loa every day. This is equivalent to the annual emissions from 2,400 sports utility vehicles. Scientists say that the carbon dioxide released by all the volcanoes of the Earth is less than 1 percent of the emissions produced by humans every year. (File photo) 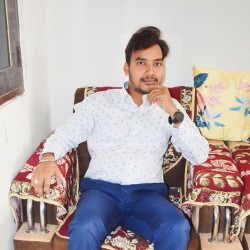 Next Article Secret Santa Gifts That Are Perfect for the Holidays

Bollywood Actor Mithilesh Chaturvedi is No More, Passed Away of Heart Attack

Why Nag Panchami is Celebrated?

Post Views: 174 The month of Sawan is the most beloved month of Lord Shiva. The worship of the serpent god adorned around the neck […]

Train forgot the way, had to go somewhere, reached somewhere else

Post Views: 165 You must have heard from pedestrians to two and four wheeler drivers forgetting the way. But hardly ever heard the train forgetting […]

How was Goldy Brar caught? The mastermind of the Sidhu Musewala murder