Ganesh Chaturthi 2022: A Festival of Hope and Prosperity

On this day Lord Ganesha was born and all the gods gave him the boon to be the first to be worshiped in the world. was. This year the festival of Ganesh Chaturthi will be celebrated on 31st August 2022.

Ganesh Chaturthi is celebrated every year on Chaturthi Tithi in the Shukla Paksha of Bhadrapada month, due to which it is also known as Bhadra Shukla Chaturthi. According to the Hindu calendar, this year this auspicious occasion will come on 31st August at 3:23 pm.

If you Ganesh Chaturthi 2022 , then in today’s article we are going to tell you, how you will celebrate the festival of Ganesh Chaturthi and also try to get some other information related to this wonderful festival in simple words. will do. 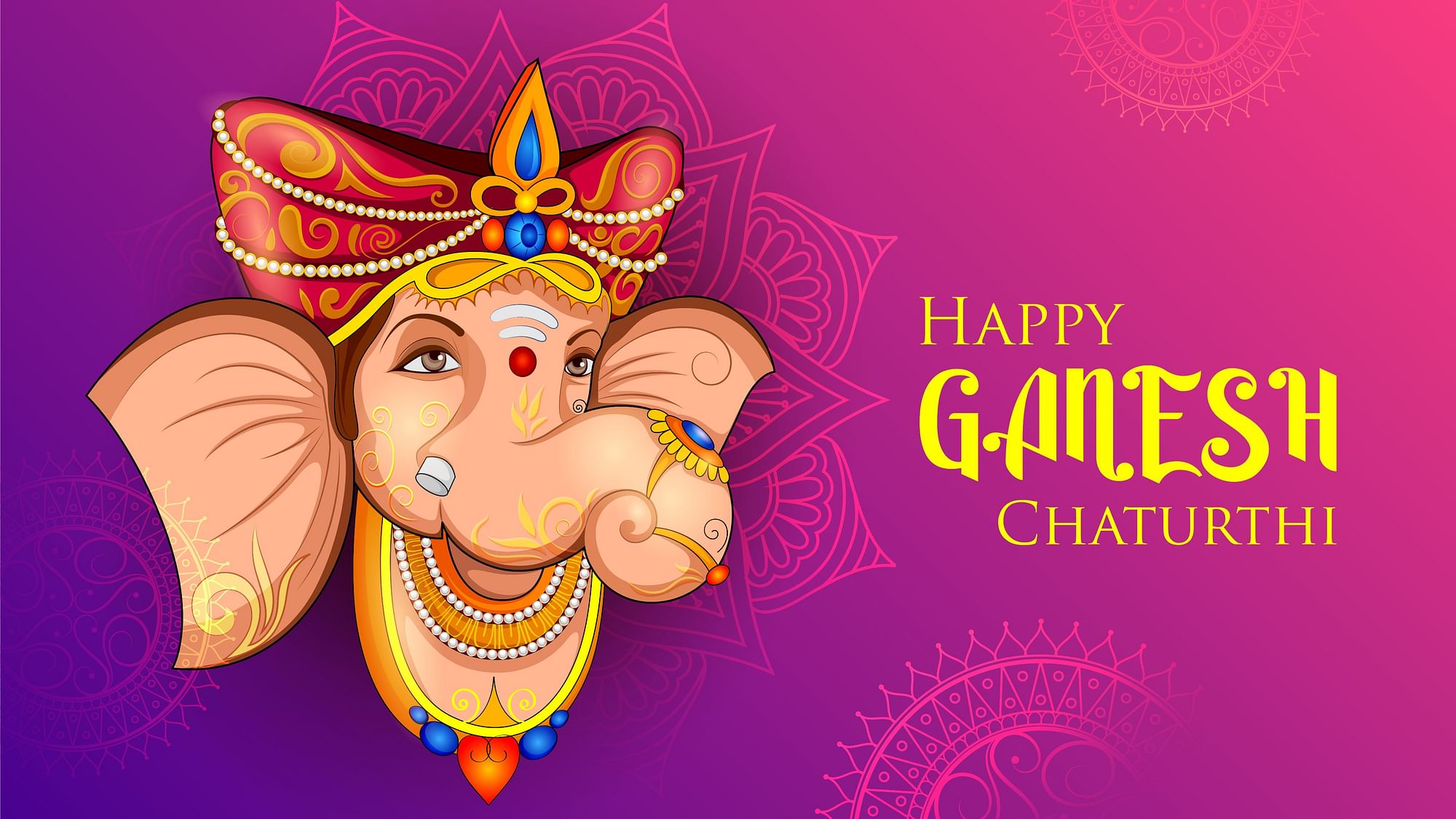 When is Ganesh Chaturthi 2022?

Because of this, the priests who worship the Lord in most places believe that the festival of Ganesh Chaturthi should be celebrated on 31 August 2022 at 3:23 pm. If you are about to establish the idol of Lord Ganesha, then do not forget this auspicious time.

The festival of Ganesh Chaturthi is celebrated every year with great enthusiasm in different regions of India. In most areas of India, a large fair is organized on the occasion of Ganesh Chaturthi where devotees of Lord Ganesha install their idols and worship goes on there for a few days.i

This means that this year you can worship Ganesh Chaturthi from 3:34 pm on 30th August till 3:23 pm the next day. But some pundits believe that this year Vighnaharta Ganeshji is bringing Ravi Yoga with him which will be on 31st August 2022. The occasion of this auspicious Ravi Yoga comes once in many years, in which all the Wagners of the devotees get away. This year God is coming on a very auspicious occasion to remove all the obstacles and to bless his devotees.

The festival of Ganesh Chaturthi is celebrated every year on the Chaturthi Tithi of Shukla Paksha of Bhadrapada month. Lord Ganesha is worshiped in almost all regions of India, especially in Maharashtra, on this festival. Lord Ganesha is considered to be the first deity of the Hindus, he has got the boon of being completed before all the Gods.

Lord Ganesha is considered the god of logic, intelligence, and prudence. It is believed that when a worshiper observes a fast in the name of Lord Ganesha on the day of Ganesh Chaturthi, he is blessed with immense blessings of Lord Ganesha. Different types of programs are organized in different regions of India on this day, the biggest fair is held at Siddhivinayak Temple in Mumbai.

On the day of Ganesh Chaturthi, the person in whose hands the idol of Lord Ganesha is installed has to fast for the whole day. The fast is broken by offering Arghya to the moon at night. If we talk about the method of worship, then after retiring from bath etc. in the morning, the idol of Ganesha is made in silver, copper, brass, or cow dung as much as possible.

Apart from this, some people buy the idol of Ganesha and tie a red cloth on a copper or clay urn and keep it under a track and worship the idol of Lord Ganesha by placing it on top of it. After that in the evening the donation is completed as per the capacity with 21 laddus.

If you talk about the method of Parana Ganesh Chaturthi fast, then you have to break the fast on the next morning after giving any kind of donation for Lord Ganesha. Do it. Before breaking the fast, the established idol of Lord Ganesha is worshipped, in which modaks and laddus are offered. After that you can break your Ganesh Vrat in which any type of food is eaten, mainly people like spicy food on this day.

The festival of Ganesh Chaturthi is celebrated as the birth festival of Lord Ganesha. There is a great story related to his birth anniversary which everyone should know. Once Mother Parvati had gone to take a bath and had made Nandi, the supreme devotee of Lord Shiva, stand at the door of the house, that under any circumstances, do not allow anyone inside the house. Lord Shiva once comes there and even after Nandi refuses lakhs, he goes inside and says that this order of Mother Parvati is for others. Although nothing happens from this, but mother Parvati feels bad that her orders were not followed. On this Mother Parvati had a wish that she should have a child who would obey all her orders and on this she made an idol of a child and gave her life with divine power and giving that child the boon of divine powers, Standing at the door of the house saying that don’t let anyone in.

On that day Lord Shiva comes again and orders that child to leave from there. But that child is adamant that where is my mother, don’t let anyone come in, it means you can’t go inside. Lord Shiva gets very angry with this and strikes the child on his neck with his trident. That’s all a scream comes out of that child and the neck gets separated from the trunk.

When Mother Parvati comes out of the house, she is very angry with Lord Shiva and starts crying. The head of the child was burnt due to the attack of Lord Shiva, because of this he orders his attendant to bring anyone’s head before 24 hours so that this child can be made alive.

According to Lord Shiva, an elephant brings the head of a child and says that God was the only head whose mother was not present. Immediately after that the thing is attached to the torso of Ganesha and Lord Shiva revives him.

Mother Parvati is very angry on this that she spoiled the face of her beautiful child, then all the gods appear there and each deity gives one boon to Ganesha, apologizing for the mistake of Lord Shiva. With which Lord Ganesha comes first of all the gods and he is also given a boon that Lord Ganesha will be worshiped first in the world at the beginning of any work. For this reason, Ganesh is worshiped before worshiping any deity, because only then will that worship be considered successful.

The day when this incident happened with Lord Ganesha and he was born was the Chaturthi Tithi of Shukla Paksha of Bhadrapada month. Because of which every year this auspicious time is celebrated as Ganesh Chaturthi with gaiety all over the country.

Q. Why is the festival of Ganesh Chaturthi celebrated?

Lord Ganesha was born on the day of Ganesh Chaturthi, hence this day is celebrated as his birth anniversary.

Q. How is Ganesh Chaturthi celebrated?

Q. When will Ganesh Chaturthi be celebrated this year?

This year the festival of Ganesh Chaturthi will be celebrated on 31st August 2022.

Q. What is the auspicious time to worship Ganesh Chaturthi?

The worship of Ganesh Chaturthi is celebrated on the Chaturthi Tithi of Shukla Paksha of Bhadrapada month and this auspicious time is 31 August 3:23.

Lord Ganesha is called Vighnaharta, women mainly fast on Ganesh Chaturthi to eliminate all the disturbances in their house. On this day the idol of Lord Ganesha is established and fasting is done for the whole day. It is passed by giving.

Today in this article we have Ganesh Chaturthi 2022 given you some important information related to If after reading this article you are able to understand why Ganesh Chaturthi festival is celebrated and how you can fast and worship Ganesh Chaturthi, then share it with your friends as well as your suggestions or thoughts. Don’t forget to ask any type of question in the comment.

Next Article Controversy between Delhi Government and Center over Virtual School

Who was Kadambini Ganguly? Know the Biography

Post Views: 198 Kadambini Ganguly was India’s first graduate and physician woman. Kadambini means “an array of clouds”. He was born in Bhagalpur (Bihar) of British […]

Post Views: 25 Indian industrialist Gautam Adani is constantly illuminating the name of the country. Once again Gautam Adani has created history. This time too Gautam Adani […]

NFT on Instagram : know what is Mark Zuckerberg’s Preparation

Post Views: 61 India’s first indigenous aircraft carrier IAC Vikrant will be handed over by Prime Minister Narendra Modi to the Navy. As soon as […]