BJP leader Sonali Phogat passes away in Goa: Due to heart attack

BJP leader Sonali Phogat has died. He died of heart attack in Goa. Brother Watan Dhaka and other family members left for Goa as soon as the information about the sister’s death was received. Sonali Phogat will be cremated tomorrow in Hisar district of Haryana. Sonali, the daughter of a Dhaka family, was on a Goa tour from 22 to 25 in Bhoothan Khurd, Fatehabad.

Sonali’s death was confirmed only by her brother Watan Dhaka. Sonali has a daughter and her husband Sanjay Phogat died under mysterious circumstances in the year 2016. On the other hand, his supporters, fans and fans across the country are shocked by this death of Tik Tok star, Bigg Boss fame Sonali. 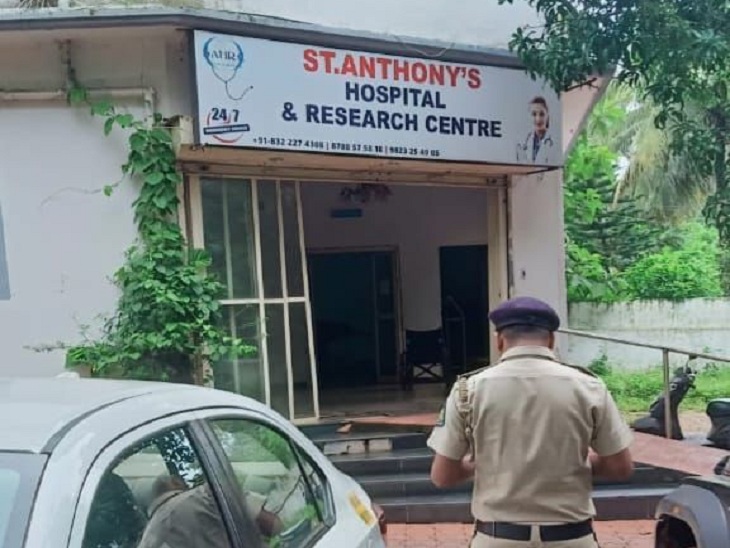 Sonali Phogat had put the last DP on her Twitter account on the night of 22 August about 13 hours ago. Sonali also uploaded her photo on Facebook account. On which Sonali wrote that Dabang Lady, Real Boss Lady, All Ready Smile. 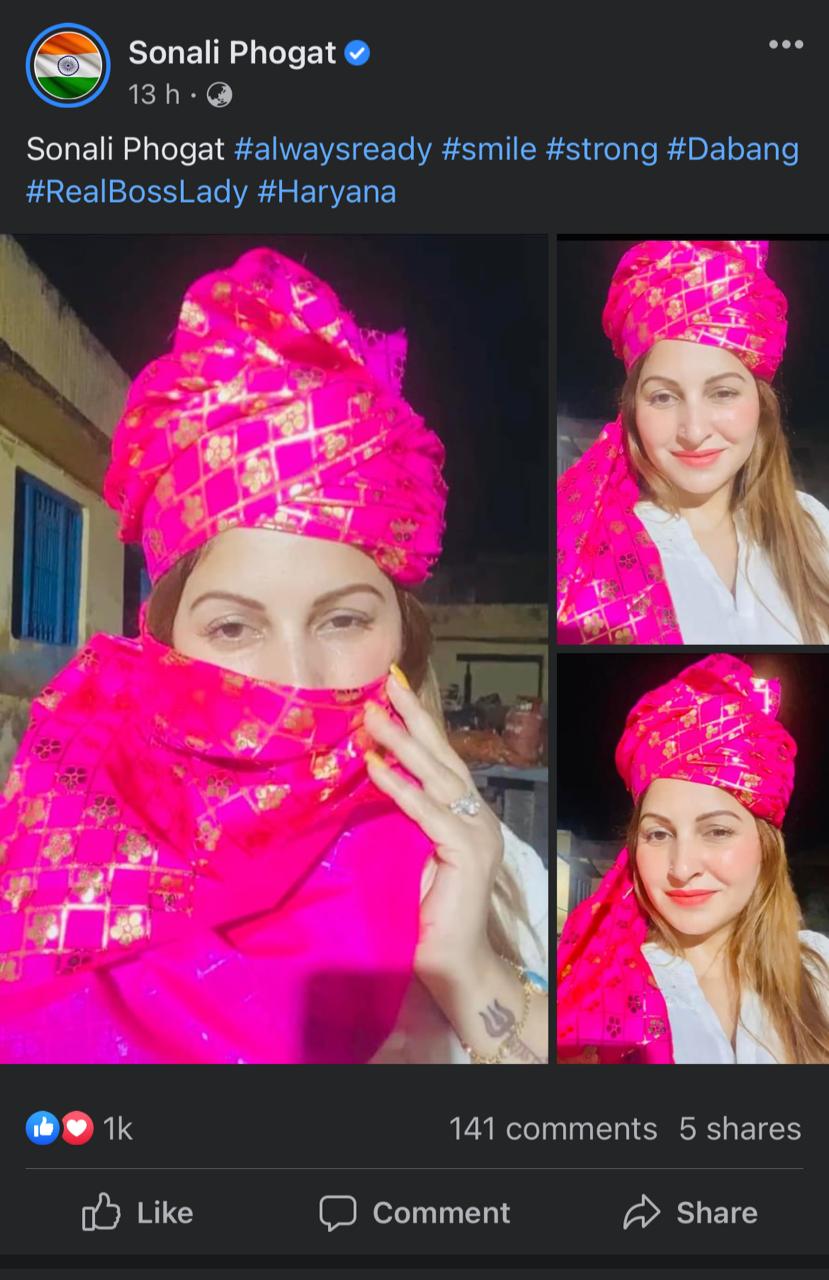 Haryana Chief Minister Manohar Lal has tweeted condoling the death of Sonali Phogat. He expressed his condolences to the bereaved family. He wrote that very sad news was received of the sudden demise of BJP leader Sonali Phogat ji. May God rest the departed soul at his feet and give strength to the bereaved family members to bear this immense loss. 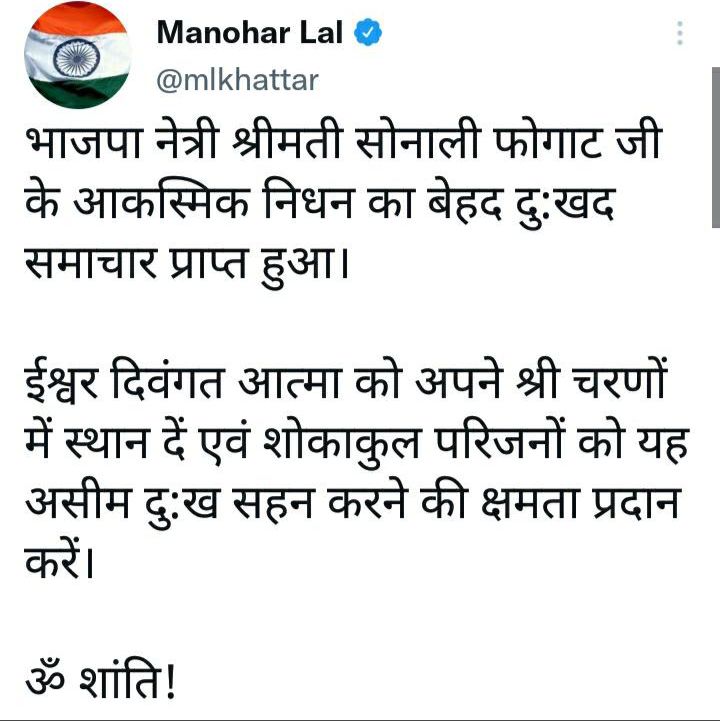 Demand for investigation of Naveen Jaihind

Former Aam Aadmi Party leader Naveen Jaihind tweeted and demanded an inquiry into Sonali’s death from Chief Minister Manohar Lal. Expressing his condolences to the bereaved family, he demanded an inquiry by a sitting judge of the High Court and a post-mortem in AIIMS. Sonali Phogat had the last meeting with Kuldeep Bishnoi, in which they cleared their mutual grievances. Both were political opponents. Sonali used to speak openly against Kuldeep Bishnoi, but after resigning from Adampur, Kuldeep Bishnoi went to Sonali’s house on August 18 and had tea. The two met for about an hour. After this, the grievances of both of them were removed. After this Sonali reached the Bishnoi temple on Guru Jambheshwar Jayanti.

Started career with anchoring in 2006

Sonali started her career with anchoring in the year 2006. She used to anchor for Hisar Doordarshan. Two years later, in 2008, he joined the BJP. Sonali had done Punjabi and Haryanvi films, music videos. In the year 2019, he worked in the film Choriyan Choron Se Kum Nahi Hoti. This was his first film.

Next Article Adsense, Everything You Need To Know To Monetize Your Website

Amarnath Cloudburst: Why the cloud burst near the Amarnath Cave

Post Views: 244 This scene has now been seen in Doda after a cloudburst near the holy cave shrine of Amarnath in South Kashmir caused […]

Who was Kadambini Ganguly? Know the Biography

Post Views: 251 Kadambini Ganguly was India’s first graduate and physician woman. Kadambini means “an array of clouds”. He was born in Bhagalpur (Bihar) of British […]

Air India and Vistara will merge, will become the first low-cost airline

Post Views: 47 Air India and Vistara Airlines are about to merge. The announcement was made by Tata Sons and SIA. However, it may take […]

Russia-Ukraine War: Why Ukraine removed its Ambassadors from Germany, India?

Post Views: 166 Ukrainian President Volodymyr Zelenskyy has taken a big step in the midst of the Russia-Ukraine War. Zelensky has dismissed his ambassadors posted in […]